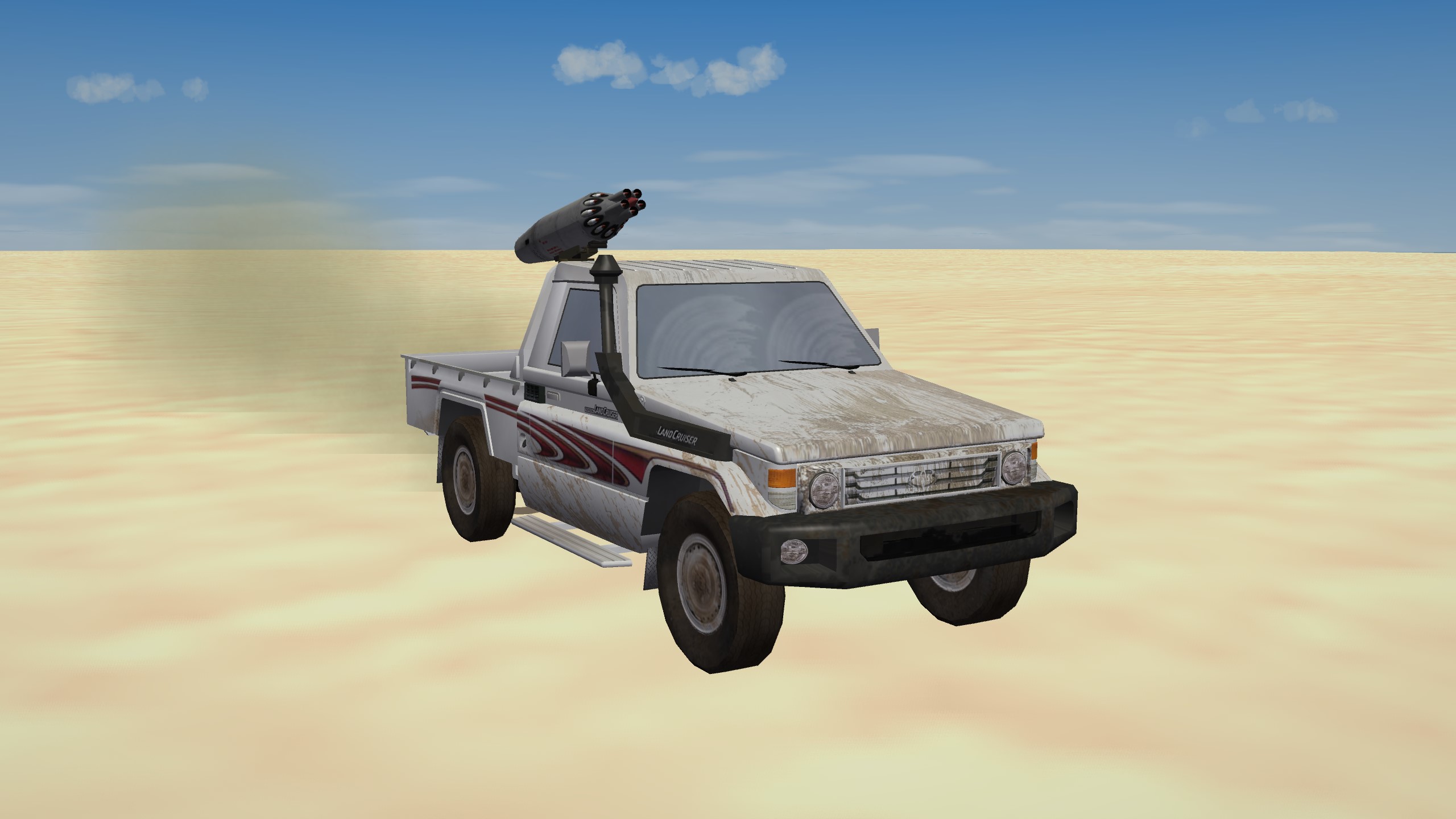 Just completed Toyota J79 with a UB-16 rocket launcher.  It’s widely used by Libyan and Syrian freedom fighters as well as other countries.

The UB-16 is a 57 mm, reusable, 16-round rocket pod developed by the Soviet Union in the 1970s for aerial use in close air support and ground attack situations. Typically, it is mounted on external aircraft hardpoints and fires S-5 rockets. 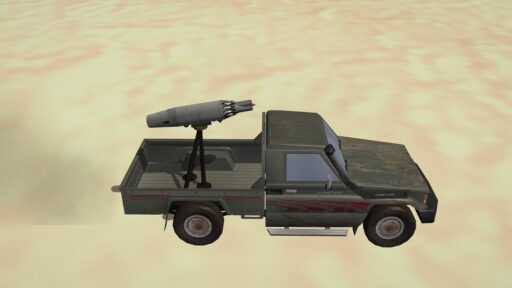 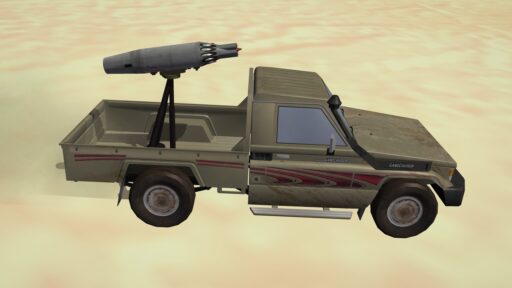 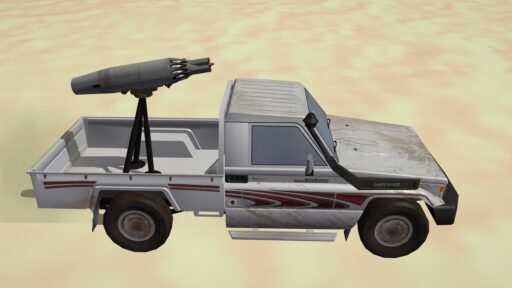