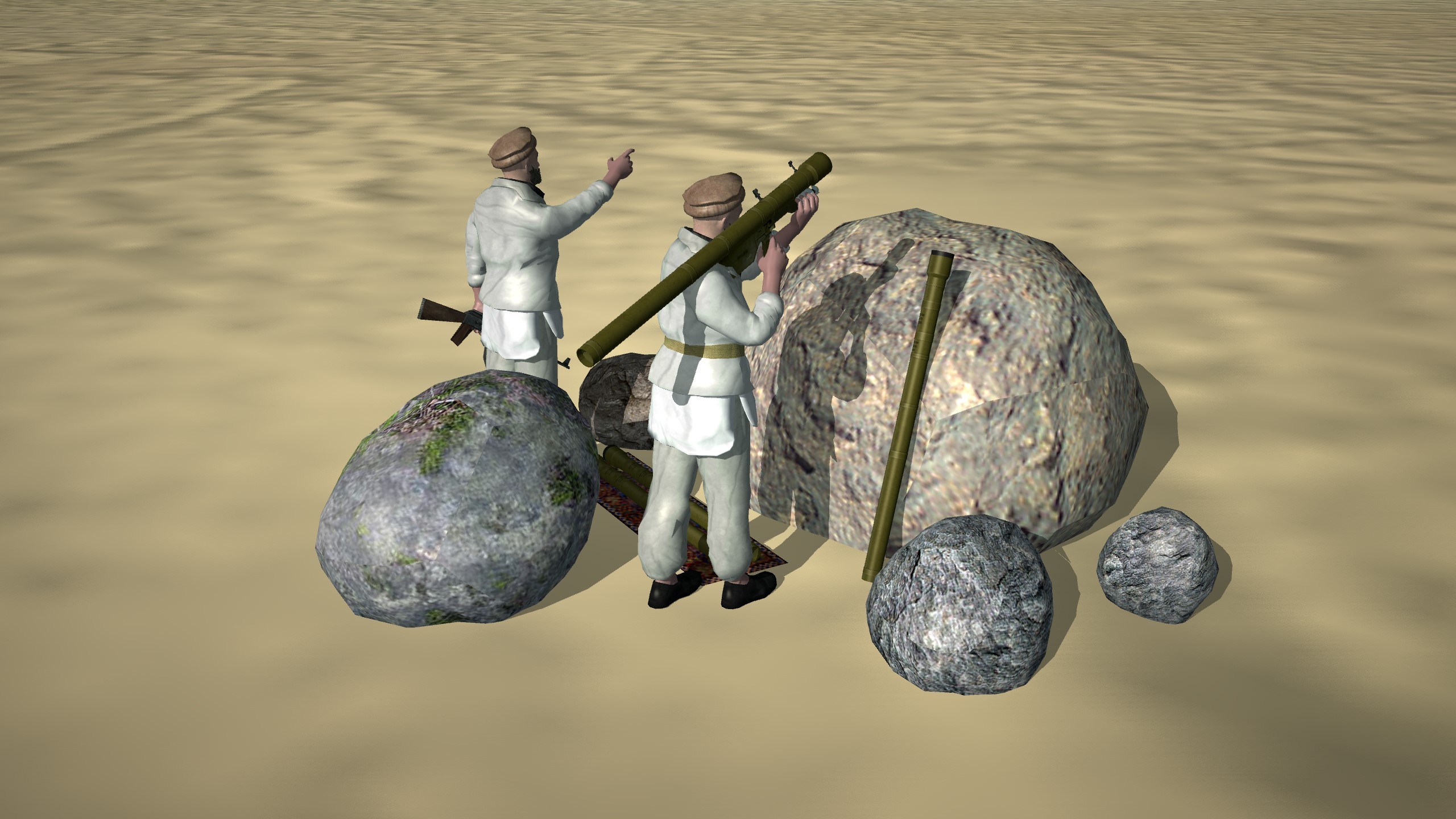 This is an Afghan fighter with SA-7 missile with a spotter.

The 9K32 Strela-2 is a Cold War era man portable SAM system of Soviet origin. In the West it is known by the NATO reporting name SA-7 Grail. The 9K32 was developed as a more capable alternative to anti-aircraft guns for engaging fighter jets. The Strela-2 was the first Soviet MANPADS and became the most widely used system in the world.