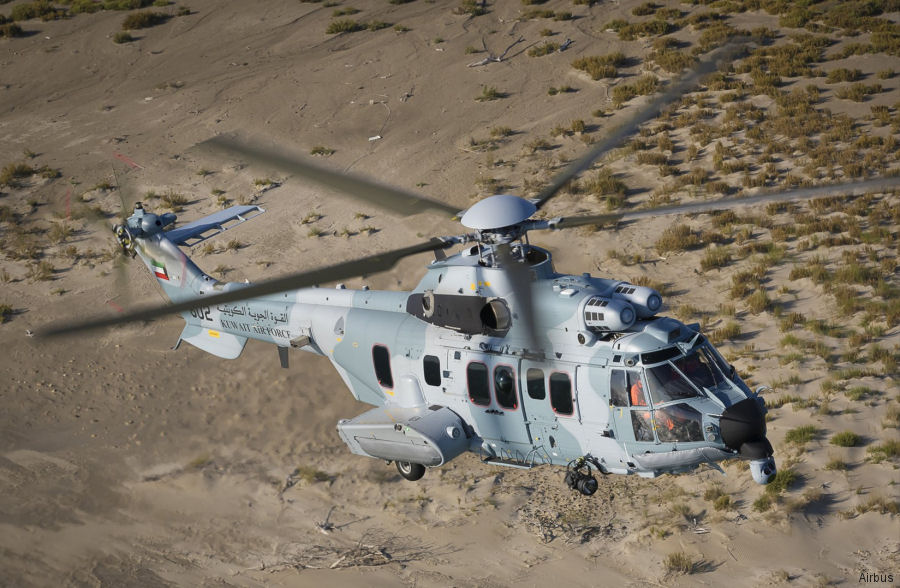 Airbus received an order for 30 Caracals from Kuwait in August 2016, consisting of 24 for the KAF and six for the Kuwait National Guard (KNG). The air force formally commissioned the Caracal into service in December 2020 at Ali Al Salem airbase, following a resolution of powerplant technical issues that had held up deliveries. The KNG began receiving its Caracals in September this year. 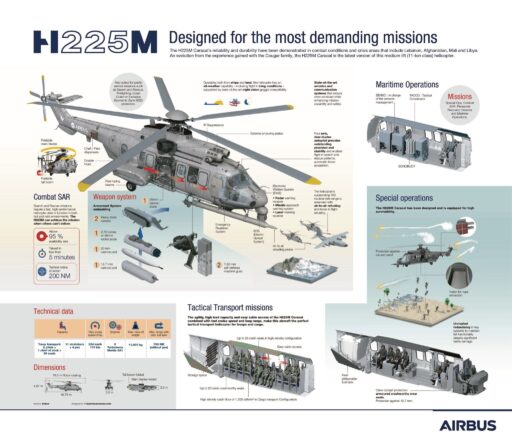 Originally designated EC725, the H225M is a further development of the AS532 Cougar with a new five-blade main rotor, Makila 1A4 engines, and other improvements. It first entered service with France in 2006, and has won orders from Brazil, Hungary, Indonesia, Kuwait, Malaysia, Mexico, Singapore, and Thailand. More than 100 are in service.

Airbus is also presenting the H145M in Dubai, shown in its latest incarnation with a five-blade main rotor. The corresponding new-generation commercial H145 received EASA certification in September 2020. Representing the Airbus Corporate Helicopters range is an ACH175 with a luxury interior.