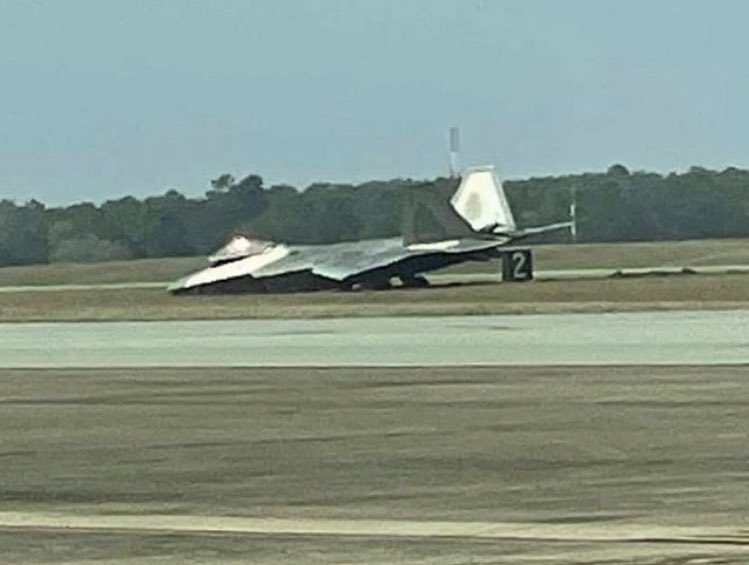 The landing gear collapsed upon landing, causing the aircraft to veer off the runway. There are currently no reports of injuries.

It’s really sad to see one of these jet land this way. To me the F-22 is one of the best fighter jet in the world and there are only limited numbers of them. 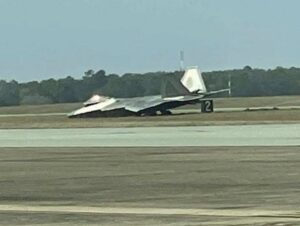 The F-22 Raptor is a fifth-generation air superiority fighter that is considered fourth generation in stealth aircraft technology by the USAF.
The aircraft was variously designated F-22 and F/A-22 before it formally entered service in December 2005 as the F-22A. Despite its protracted development and operational difficulties, USAF considers the F-22 a critical component of its tactical airpower. The fighter’s combination of stealth, aerodynamic performance, and mission systems enable unprecedented air combat capabilities.

The USAF had originally planned to buy a total of 750 ATFs. In 2009, the program was cut to 187 operational aircraft due to high costs, a lack of real air-to-air missions during the Iraq War and the War in Afghanistan at the time, a ban on exports, and development of the more versatile F-35, with the last F-22 delivered in 2012.